With a building footprint limited to only 45% of the total 4060m2 site area, the entire design approach has centred around the preservation of as many existing mature native trees as possible.

The building fronting Clifford Street is proposed for 309.5m2 of commercial/retail at ground level with a tree shaded open café and kids play area to the east. Above would be sixteen apartments, with twelve of these dedicated to affordable/key worker housing for a minimum of 15 years. The apartments would be a mixture of one, two and three bedrooms. 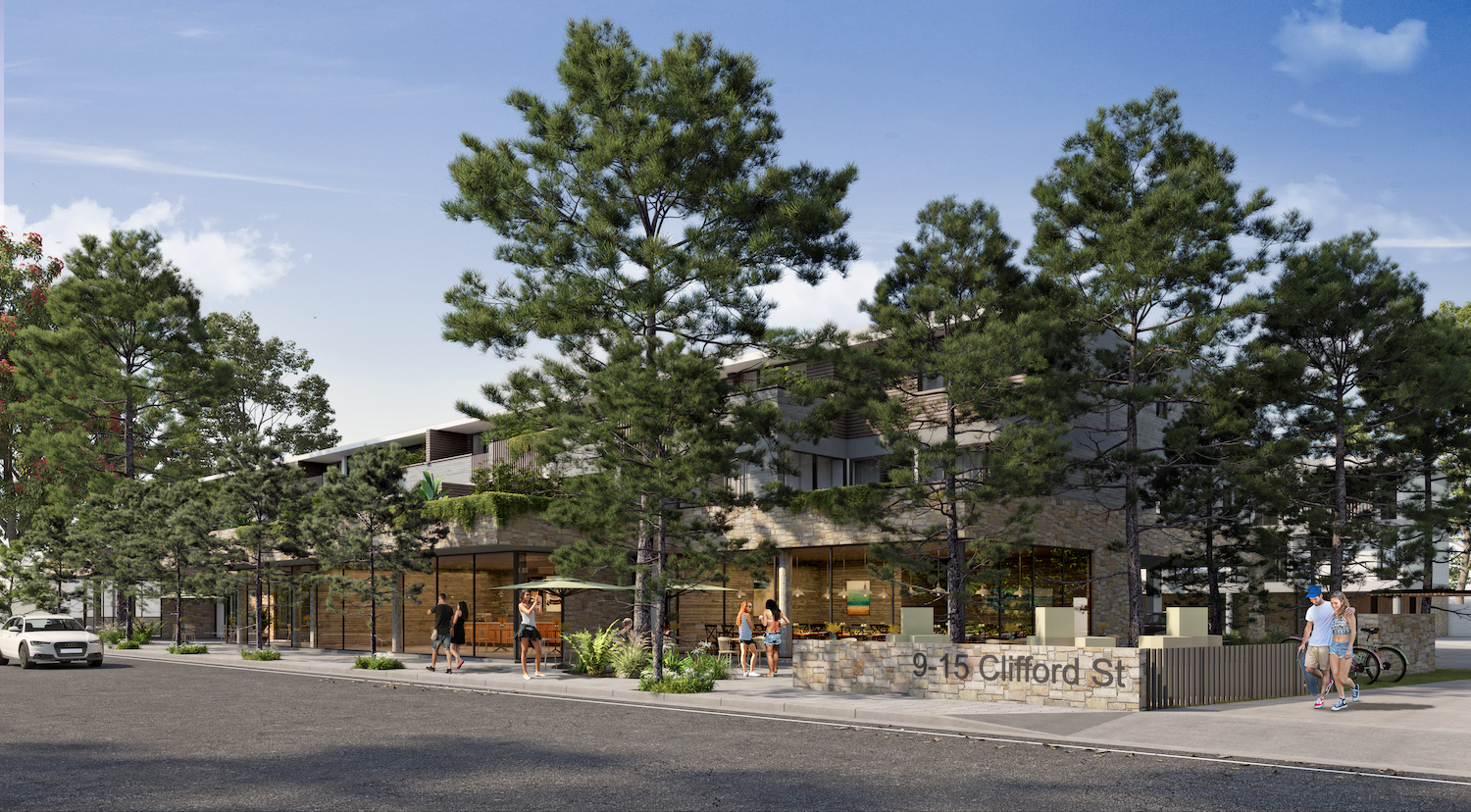 The building at the rear is proposed for seven townhouses, including one adaptable townhouse, each with three bedrooms plus study and a 2.5m2 plunge pool.

The sites lie adjacent to the existing Suffolk Park retail precinct. Next door to the east is the Suffolk Park Early Learning Centre which will soon be rebuilt, subject to Council approval, to a height of 8.6 metres. Multi-unit residential developments lie behind the site to the north east and a densely vegetated area lies to the north. 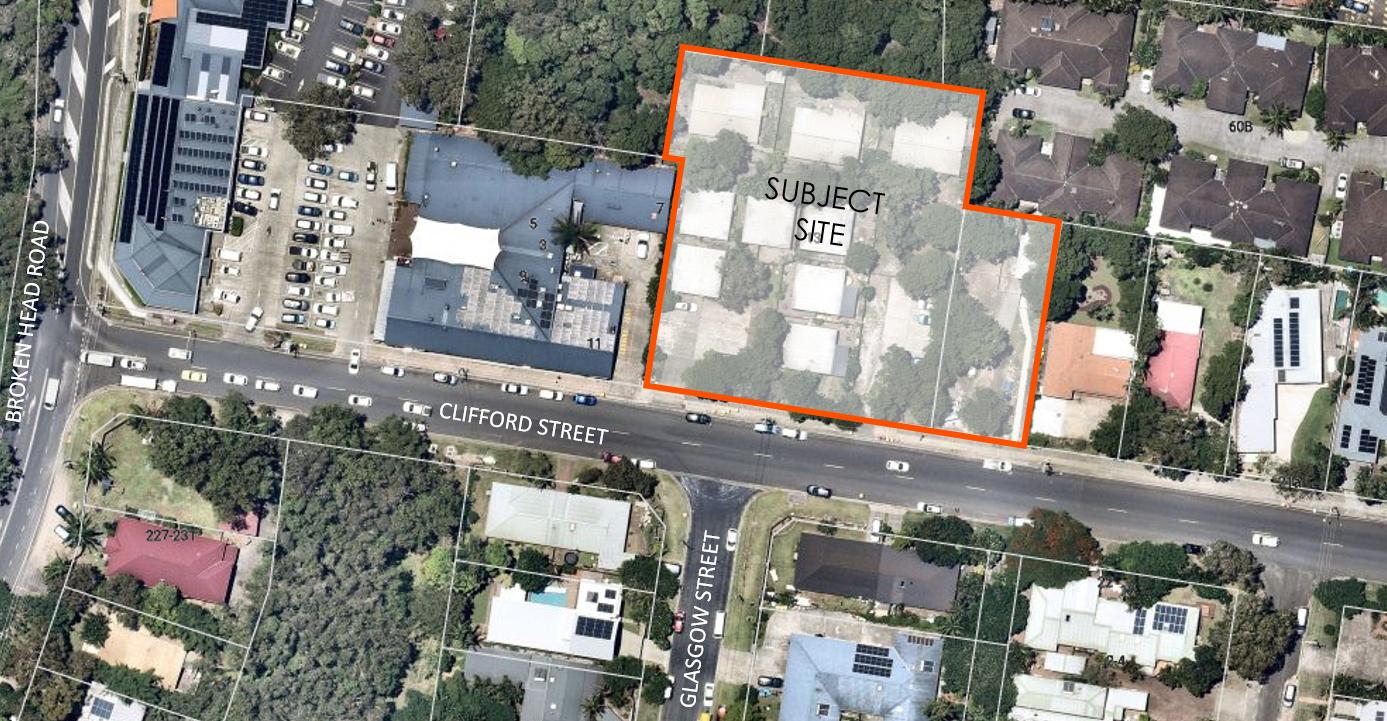 The sites are currently home to nine ageing red brick residential units. A Telstra exchange, contained within an easement and fenced off from the rest of the site, is located in the north east corner behind Jimmy’s mobile coffee cart which operates daily. Native trees, the majority of which are Coastal Cypress Pines, are scattered across the site. 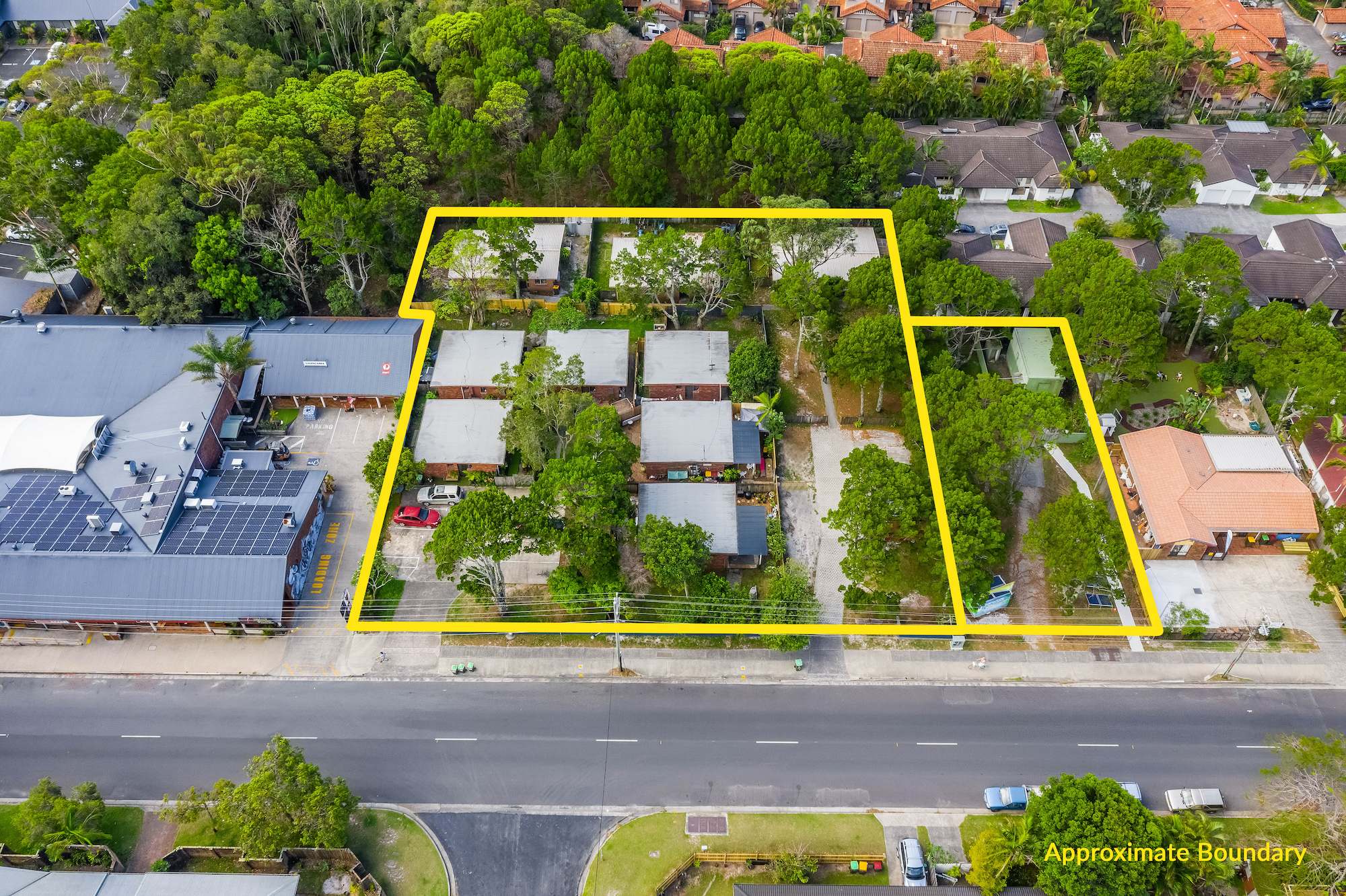 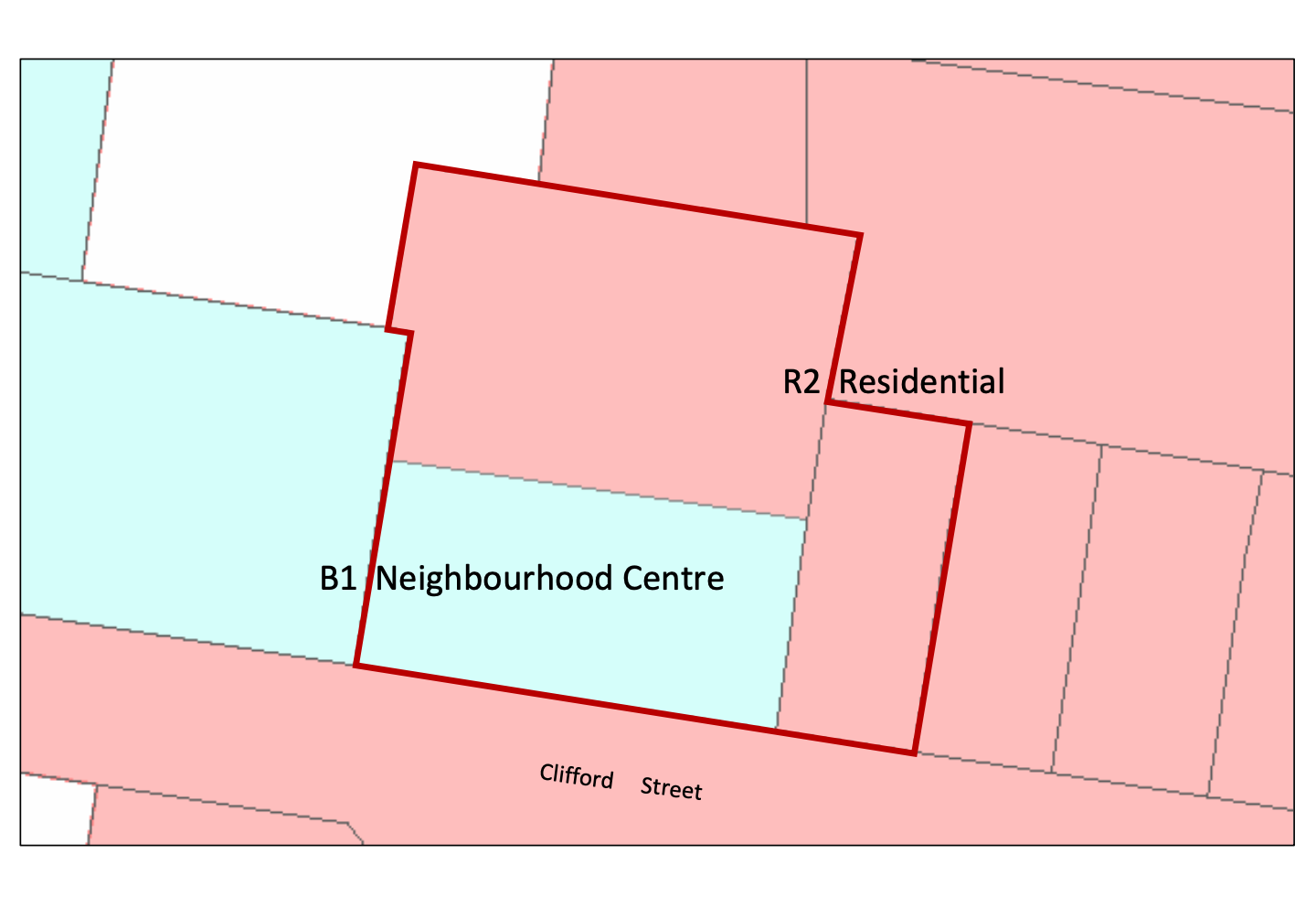 DA 10.2010.601.1 was approved for the site for the previous owner in August 2011. The approval, which would have seen significantly more tree removal than what is proposed under our scheme, was for ‘Neighbourhood shops and affordable housing development including central pedestrian plaza, perimeter vehicle access and car parking, a restaurant, a food shop, four neighbourhood shops and 15 residential units’. That consent has since lapsed.

The concept was driven by the existing vegetation and the location of the existing buildings. The proposed buildings occupy the existing footprints and work around the internal boundary dividing the two development zones – B1 and R2.

This approach has resulted in two buildings which are separated by a central biodiversity offset planting zone. The buildings run east/west with the long facades oriented to the north. This maximises solar opportunities and protects potential privacy issues to the east and west. Courtyards with plunge pools for the townhouses set the built form back from the northern boundary, providing separation from neighbours.

This arrangement also allows the ground floor retail area to address the street. Working within the allowable floor space we have pushed the height to the allowable limit of nine metres in order to minimise the footprint. Thereby retaining as much existing vegetation as possible.

Stone walls at ground and first levels form a base for a combination of brickwork, concrete frame and glazing.

With only a 45% building footprint a large amount of the existing native trees, shrubs and ground covers are able to be retained. Dedicated biodiversity offset planting zones, predominantly in the centre of the site between the two buildings, cover 1564m2. These include retained vegetation, particularly areas of Coast Cypress Pine Forest and Littoral Rainforest. 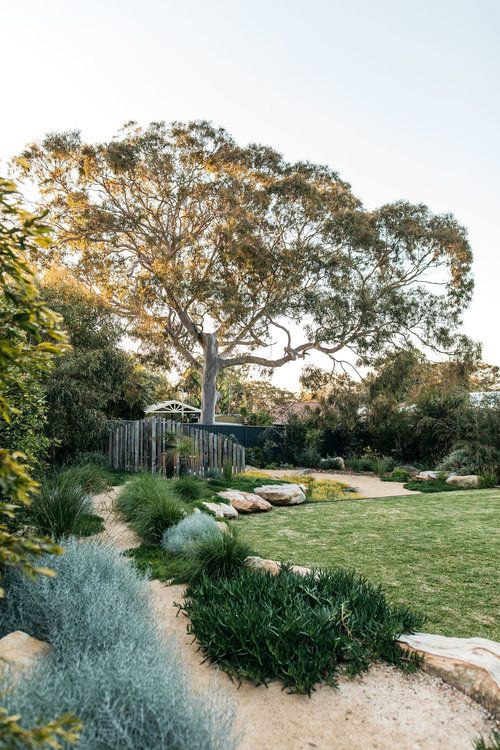 A Vegetation Management Plan will guide the management of retained native vegetation communities as well as revegetation works to compensate for trees requiring removal. Management actions  include:

Revegetation to plant numerous native plants and trees for each one removed.

Planted species would be local natives associated with Coastal Cypress Pine Forest and Littoral Rainforest which occur on the site.

A Biodiversity Assessment Report will include a test of significance (S7.3 BC Act) to assess impacts to any threatened species and communities.

The configuration of the apartments and townhouses maximise north orientation and cross ventilation whilst preserving existing native vegetation.

Solar panels, rainwater retention and careful selection of appropriate materials and fittings together with the primary focus on retention of existing mature native trees and new offset planting will all contribute to a reduced carbon footprint.